Trying to get someone to care about your fantasy football team is a lot like trying to get someone to sit through a slideshow of your family’s vacation pictures. Nobody’s interested in your trip to Washington D.C., dude. If I wanted to see a picture of the Lincoln Memorial, I’d have Alexa do a Google Image search, thank you.

Fantasy football is no different. The people in my own league don’t even care about my team, which makes it pretty impossible to have a conversation with anyone about why a fantasy football championship is so gosh-darn important to me. It doesn’t matter. Not even a tiny little bit.

But try explaining that to my body, which fought off waves of simmering anxiety for the entire day before the final game of my championship matchup last week against a very good friend of mine who also is in my league. I battled football-centric fever dreams the entire night before, where my subconscious would imagine my buddy’s last eligible player scoring enough points to steal away the championship, until I’d wake up, shake off the cobwebs, and then fall asleep and have the exact same dream again.

By the time Monday Night Football finally (mercifully) aired on ESPN that night, I was a full-blown, neurotic mess. I paced the length of my living room for three hours. I folded laundry and shoveled food into my quivering gullet even though I wasn’t even hungry. My hands didn’t stop shaking, mostly because everything that could go wrong for me in that godforsaken game happened.

It was a hard night for me.

It was slipping away. Again.

Okay, so maybe you don’t care about my team this year, but maybe you’ll care about the story that brought me to this state of full-blown nervous breakdown. My league is a 12-teamer, which means it’s competitive. Despite that, I had made the championship five times in the past seven years before this one, but I’d never won.

This year made it six trips in eight years, but by this time I’ve had failure etched into my genetic code. When you’re as good at something as I am at fantasy football, but you never quite get the ultimate reward for being so good at that thing, it can eat at you.

In fact, my perennial 2nd-place finishes have become something of a joke among my friends in that league. The “always-a-bridesmaid” thing absolutely has applied to me for the better part of my adult life. I am the Buffalo Bills of the early 1990s. The Brooklyn Dodgers of the ‘50s and ‘60s. The Al Gore of 2000. 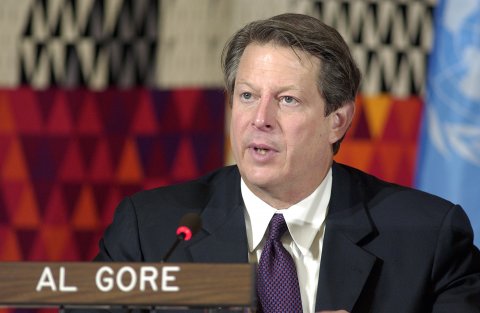 Failure is an inconvenient truth.

And it gets old, you guys. It gets really, really old.

Despite the perceived inevitability of yet another loss this year, I did finally win the damn thing. I did it without key players, who were injured. I did it despite a couple of dumb starting lineup decisions. I did it despite my buddy’s annoying Monday-night comeback that ended just a few points short of sending me back into the loser’s circle yet again.

But I did it, and it was surreal. Even a few days later, it’s hard to accept the fact that I actually won my league after 11 years and five prior championship losses.

Not that it matters. Not that anybody cares. Other than me, of course. I care, and I plan on celebrating in style. Maybe I’ll take the family on a little vacation with my winnings. That could be fun.

I’ll make sure to show you the pictures when we get back.